Killing green dragons is one of the most efficient money-making methods in OSRS with our Green Dragon Killer. These dragons are the weakest of all types, making them a primary source of income. Upon death, they always drop Dragon Bones and Green Dragonhide, which you can easily sell. Although they’re easy to kill, there is also a risk because the area where they’re located is the Wilderness (PVP Zone). So, one should always be careful with the equipment’s that they bring and always look out for player killers, as they can pop out at any time. Being an OSRS player, everyone has the desire to make in-game money. But it is not easy, as making money requires a good account, and we have one for you! Get your own ‘Green Dragon Killer’ account for a good price today, and get the following benefits:

Using melee is the best possible option to defeat a Green Dragon, at the same time, it is the most effective way in terms of kills & money gained per hour. Setup completely depends on what your stats are and how much you’re willing to risk as to the area in a PVP zone. If you have a Dragon Hunter Lance, good enough stats and the Wilderness Elite Diary completed, you can kill up to 300-330 dragon every hour. If you’re making use of Ranged, then Craw’s bow and Toxic blowpipe would be a better option, as they’re quick and offers higher kills when compared to a Dragon Hunter Lance. However, these weapons do cost a lot, that’s why it is most effective for Ironmen players who wish to bank bones to train their Prayer skill.

You can get there using a Games Necklace to teleport to the Corporeal Beast’s lair, and then exit it to reach the Wilderness. From there, you have to run west to reach the area where they’re located. Generally speaking, you can find them north of the Graveyard of Shadows.

There are no reviews yet. 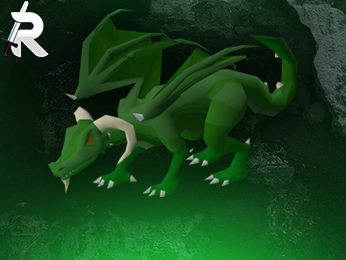 You're viewing: Green Dragon Killer – GDK Starter $ 17.00
Add to basket
We use cookies on our website to give you the most relevant experience by remembering your preferences and repeat visits. By clicking “Accept”, you consent to the use of ALL the cookies.
Do not sell my personal information.
Cookie settingsACCEPT
Manage consent

This website uses cookies to improve your experience while you navigate through the website. Out of these, the cookies that are categorized as necessary are stored on your browser as they are essential for the working of basic functionalities of the website. We also use third-party cookies that help us analyze and understand how you use this website. These cookies will be stored in your browser only with your consent. You also have the option to opt-out of these cookies. But opting out of some of these cookies may affect your browsing experience.
Necessary Always Enabled
Necessary cookies are absolutely essential for the website to function properly. This category only includes cookies that ensures basic functionalities and security features of the website. These cookies do not store any personal information.
Functional
Functional cookies help to perform certain functionalities like sharing the content of the website on social media platforms, collect feedbacks, and other third-party features.
Performance
Performance cookies are used to understand and analyze the key performance indexes of the website which helps in delivering a better user experience for the visitors.
Analytics
Analytical cookies are used to understand how visitors interact with the website. These cookies help provide information on metrics the number of visitors, bounce rate, traffic source, etc.
Advertisement
Advertisement cookies are used to provide visitors with relevant ads and marketing campaigns. These cookies track visitors across websites and collect information to provide customized ads.
Others
Other uncategorized cookies are those that are being analyzed and have not been classified into a category as yet.
SAVE & ACCEPT

🎅 Santa is early ! 🎅 We're delighted to share with you all that we are going to start a discount marathon! use coupon SANTAISCOMING || This week no marathon, return next week to grab yours! Dismiss