These accounts have the following benefits:

60/60/60 NMZ account, also known as The Nightmare Zone, requires decent base stats for AFK training, and these stats include 60 Attack, 60 Strength and 60 Defense. So, why waste your precious time levelling up when you can simply skip the grind and gain easy access to one of our NMZ ready accounts.

These accounts have the following benefits:

A good setup for a 60/60/60 NMZ account is a full Obsidian set, which gives an additional 10% bonus to Strength and Attack if you use Obsidian weapons along with it. A good recommendation is to fight low Defense mobs with the complete set, Obsidian Sword and Berserker Necklace equipped for good experience and NMZ points per hour.

Nightmare Zone is a combat-based minigame in which players enter an instance called Dreams to fight bosses that they’ve already defeated during various quests. The owner of this zone is Dominic Onion, who is a mage from the Lunar Isle. Dominic never planned on keeping the name as the ‘Nightmare Zone’, but it is what all the local villagers were calling it. He didn’t plan for all this, but thanks to that one dream that he had when he was younger, he knew that his journey to becoming a successful businessman had started.

There are seven different ways to get there:

There are no reviews yet. 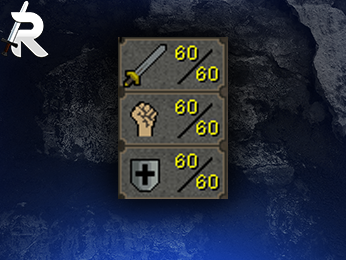 You're viewing: 60/60/60 NMZ Account $ 10.00
Add to basket
We use cookies on our website to give you the most relevant experience by remembering your preferences and repeat visits. By clicking “Accept”, you consent to the use of ALL the cookies.
Do not sell my personal information.
Cookie settingsACCEPT
Manage consent

This website uses cookies to improve your experience while you navigate through the website. Out of these, the cookies that are categorized as necessary are stored on your browser as they are essential for the working of basic functionalities of the website. We also use third-party cookies that help us analyze and understand how you use this website. These cookies will be stored in your browser only with your consent. You also have the option to opt-out of these cookies. But opting out of some of these cookies may affect your browsing experience.
Necessary Always Enabled
Necessary cookies are absolutely essential for the website to function properly. This category only includes cookies that ensures basic functionalities and security features of the website. These cookies do not store any personal information.
Non-necessary
Any cookies that may not be particularly necessary for the website to function and is used specifically to collect user personal data via analytics, ads, other embedded contents are termed as non-necessary cookies. It is mandatory to procure user consent prior to running these cookies on your website.
SAVE & ACCEPT

We are currently running a promotion on any account purchase, use coupon 'AccountsSeptember' at checkout to save 10%! Dismiss